Do you remember that time, back in October, when I went to France? Yeah, I know. I’d kind of forgotten, myself. Life did a somersault, followed by a back-flip, and took off running the very day we returned. The magic of our journey went Poof! as we rushed to catch up to job changes, computer crashes, book deals . . .

I say I am a writer, yet there is another part of me that allows words to fall away, one that delights in shapes and textures, light and shadow. It holds hands with the writer, and together they process the world, funneling sensation into perspective. I’ve favored the writer, choosing words as my craft and it is that craft I study; pictures are more a means of play.

But there is also a safety for me in photography. It is my down time; to release the shutter is to release my mind. To write is to be vulnerable, to have an opinion, to expose an inner world, unprotected. Behind a camera, I am simply an eye, holding still for one heartbeat a certain cast of light, an angle of stone against sky, a ripple of water, the turn of a head.

I took hundreds of photographs and slowly, over these past months, I’ve culled and sorted, distilling less than a tenth of them into an album to share. I wanted, many months ago, to tell you how much this journey meant to me, how much a part of my soul France is, what amazing places we explored. How about I just show you, instead?

Follow this link to an album: Dordogne, Lot, Loire: October 2014 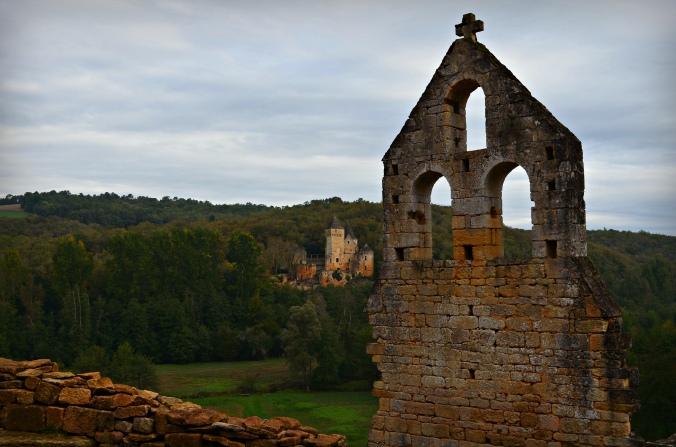 5 thoughts on “Every Picture Tells a Story”