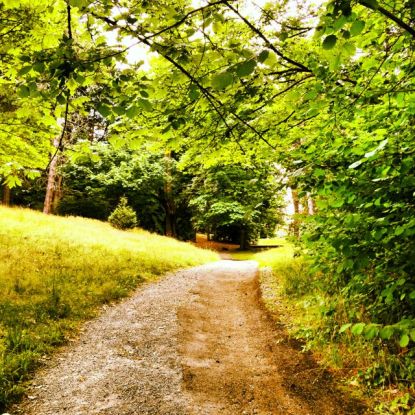 They are scattered about, those first ten thousand words. Cast like jacks among five chapters and thirteen scenes that make up Part One. Such as it is. As a rough outline of eight, perhaps nine, chapters and thirty or so scenes, Part One takes slow, disjointed shape.

Three weeks ago I had an idea. I had two characters. I had a word count of zero. Today I have thirteen souls in various states of literary flesh (one poor guy makes his debut as a corpse, but his death is the snowball at the head of the avalanche). I have ten thousand (and ninety-one!) words. Hundreds more words live in character and setting sketches, research notes and scribbled morning writing prompts that remain to be transcribed into my Scrivener files.

I done wrote some stuff.

I have fallen to the depths of doubt – listening to the 3 a.m. demon who cackles on my shoulder, his reedy voice like the whine of a mosquito in my ear: “You know it’s absolute crap, don’t you?” I have flown to the heights of inspiration – lifted by the angel who tickles my ear lobe with her wings, murmuring in honeyed tones: “Just keep writing, sweetheart. Tell your story.”

My process is all over the place. I am soaking up as many writing tips as I can stand, from the classics such as William Zinsser’s On Writing Well to Larry Brooks’s blog, StoryFix. Larry scares the crap out of me. Every time I read one of his blog posts, I shrivel inside. I can’t live up to his expectations. Then I square my shoulders and dig in again.

I have planned. I have pantsed. I think my way forward is to strive for a happy medium. I need to stay one step ahead of my story; in writing historical fiction, factual events dictate my template. Yet, I can’t risk sticking to a detailed plan lest I miss the direction the story wants to go. I need to stay the hell out of my way.

Reading has never been more important to me than it is now. Plowing breathlessly through Hilary Mantel’s “Bring Up The Bodies” I learn that writing in present tense (so freaking risky) brings the reader into the immediacy of the past. I learn that the shadowy characters of history offer us a door to a story. We can still craft original material about those whom written history has fleshed out; but the juicy stories lie with those whom we scarcely know.

Toni Morrison reminds me of the power of opening sentences, of the deafening roar of the silent places. Poets Mary Oliver and Sam Green inspire me to leave behind adjectives and adverbs and seek for another verb or noun that shows, not tells, how something looks, feels, smells, tastes, sounds, how a body reacts, a mouth responds.

I have a title. I have themes. I have a premise – a thirty-word synopsis that states what my story is about. I may even have a plot. I wrote an opening scene and I love it so much that when I am certain this may be the stupidest book ever attempted, I reread it to remind myself that all I want is to tell a good story.

Everything else is a colossal, joyful mess. I haven’t written a complete chapter. I’m not writing chronologically. I’ve just amassed heaps of scenes that I intend to sift into place. One scene leads me to the next, or forces me to jump back to sort out a plot hole – or to create a new one I’ll have to fill in later.

I am building a library of books on medieval France, reading the fine print until my eyes cross. Into my Scrivener files I have inserted photos of holm oak, peregrine falcons, stone cottages, Romanesque churches and Cervélo cycles (bet you didn’t know they had Cervélos in medieval France! Right. So, they didn’t. Much of my story is set in 2010, when it isn’t set in 1210…). I uncover magical connections as I research – what seemed at the outset a hoo-hoo plot device is in fact one of the fundamental beliefs of the culture I am trying to portray. The door opens and my story walks through.

What I am learning, in the hard, slow way that I learn, is that when I write, things happen on the page that I had no idea were waiting to occur. When I hear from other writers that they have their stories planned out, every scene accounted for, before they even begin to write the meat of the story, I’m baffled. I barely know my characters, how could I begin to tell them what to do, much less know what they are up to? We’re in this adventure together and there’s no literary GPS telling me which way to turn.

Completing the first 10K is a milestone. I feel a bit like I did when I ran my first road race so many years ago. “Hell, that was so much fun! Let’s do it again!”, forgetting the many lonely miles of training that led to race day and crossing the finish line.

And like any good runner, I know when to ease up after a hard race. I know the importance of rest before the attack can be renewed. I can do only so much in the time after work, during the busy weekends, in the wee hours before dawn. And I’ve done so much more than I thought possible.

I have other writing goals – those short stories that need revising, polishing and submitting before September journal entry deadlines come crashing down. I may have to set my heart aside for a couple of weeks as I complete other projects. So, I won’t set a deadline on the next 10,000 words. But I will trust them to be there when I am ready.

At the beginning of a novel, a writer needs confidence, but after that what’s required is persistence. ~ Walter Kirn